On the afternoon of October 17, Ms. Zhang Xiaocui, head of the Science and Technology Park of Henan National University, and Wang Zishuai, Minister of the Department of Science and Technology Services of the Wutong Operation Center of the management of the high-tech zone, visited the Zhengzhou headquarters of SRON Silo Engineering Co., Ltd., and the general manager of the company, Peng Wen and the management team of the company received, accompanied and visited various exhibitions of the company. 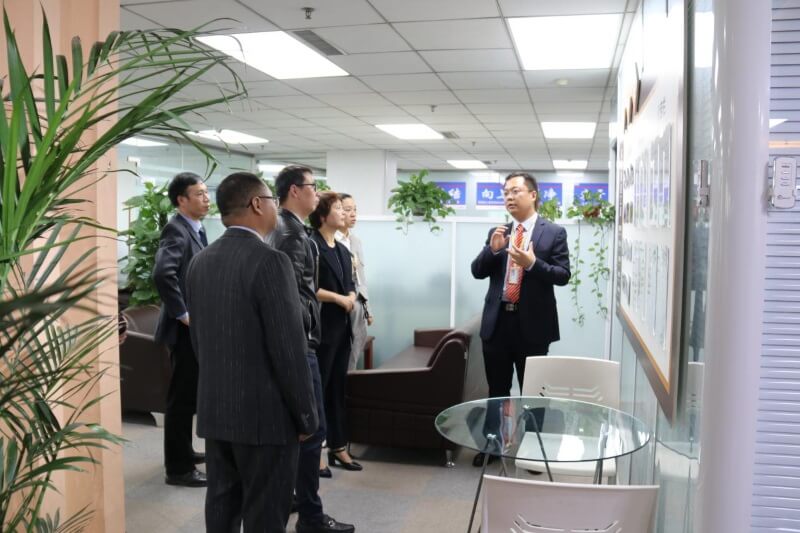 Chairman Wen welcomed the visit of the leaders of the university science park and the management committee of the high-tech zone. After the visit, the two sides had a warm and in-depth discussion and communication. During the meeting, Chairman Wen detailed the leaders of the company's recent development and achievements in overseas engineering projects in recent years. The executives pointed out that SRON Silo Engineering Company is a high quality international general engineering enterprise in Henan Province, and fully affirmed the work and achievements of the enterprise in recent years. At the same time, the leaders also conducted an in-depth understanding and discussion of the related problems encountered in the current development of SRON, gave advice and practical solutions, and also gave guidance for the next development work of SRON. SRON. , Also said that a series of support policies will be provided. At the end of the meeting, the leader said that the science and technology park and the operations center will fully support and assist SRON's work and resolve the concerns of the company.
In the evening, led by the Henan Provincial Council for the Promotion of International Trade, the leaders of the science and technology park and the operational center participated together, accompanied by the management team of the SRON company, for the delegation of the Ambassador of Tanzania to China, Mr. Mbelwa Keruki, who also visited the SRON Company in the morning. A big welcome dinner.
In the official pre-dinner talks, Liang Jie, Party Group member of Henan Provincial Department of Commerce and Chairman of CCPIT, extended a warm welcome and sincere greetings to Ambassador Mbelwa Keruki and his party. Chairman Liang delivered speeches on the current economic development of Henan and Henan's foreign trade cooperation policies, the good impressions of Tanzania and other African countries, and the cooperation expectations of both sides. During the period, Chairman Liang said that SRON, as the representative of many notable private enterprises in Henan, has achieved great achievements and demonstrated a spirit of innovation, which is very commendable. Higher authorities strongly recognize SRON's spirit of expansion, and also hope that in the near future, once the epidemic is over, SRON and other outstanding Chinese enterprises will be able to lead SRON and other enterprises Chinese forces to penetrate more African countries, bring the right Chinese technology to more African partners and benefit more African countries. And the people. 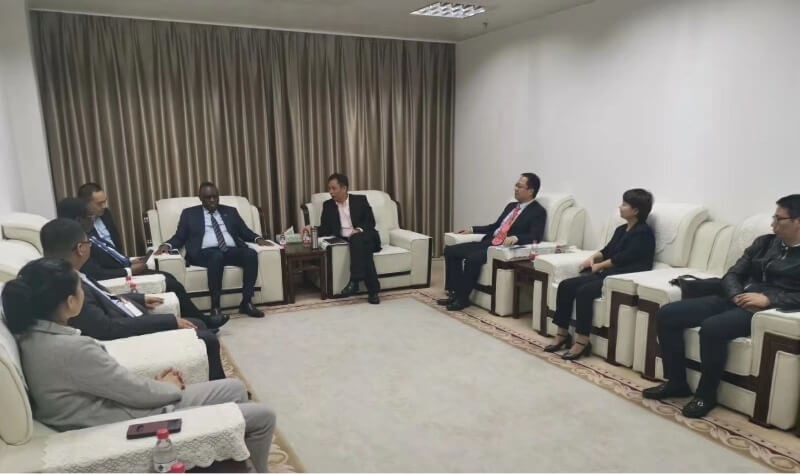 General Manager Wen Peng expressed his gratitude to the leaders for their care and support. The care and support of senior leaders undoubtedly energized SRON. I believe that under the supervision and guidance of government leaders and the tireless efforts of all members of the company, SRON Cela will certainly go more stable and further.